Last week saw the first hints of the new Health Secretary’s approach to an NHS increasingly used to setting its own agenda. Like so many other public services, political management of the NHS has tended to operate in cycles. In one cycle, politicians at the centre set clear rules, impose standards and bend an unwieldy system to their will. Then, a leadership change brings the next stage of the cycle, when politicians move out of the way. An interfering, targets driven culture is seen to be distorting care delivery and frustrating clinicians from doing what they do best.

That rotation has been on full view these past two decades. A de-centralised, de-politicised health system was the original vision behind the last package of structural reform to the NHS. The Lansley plan was to create a self-sustaining ecosystem of local, clinically led commissioning – a virtuous circle that would bear down on unnecessary cost while improving patient outcomes. The centre would set some rules and standards (with a light touch) but politicians would largely get out of the way. Newly empowered patients would bring the accountability that keeps the system in check.

This did not come to pass. The compromises involved in passing the legislation saw power largely re-centralised in NHS England, and the day-to-day political salience of the NHS remains. 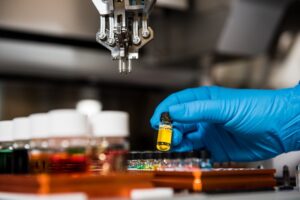 With the next round of legislative reform taking shape, the possibility opens up for a further shift in the balance of power in the NHS.

Two things have changed. As widely noted, the NHSE of the last seven years was arguably more a product of Simon Stevens’ personal authority than an intended, legislated for and constitutionally envisaged role. Whether his successor wants or is allowed to operate in the same way is far from certain.

Yet the broader, structural changes seen across the system could well be more telling. After seven years of gestation, integrated care systems (ICSs) are soon to take their place at the heart of a reconstituted NHS. Much remains uncertain – not just the formal wiring that will govern their role, but the wider cultural acceptance of this new way of working. There are myriad challenges that could still stymie or frustrate the development of these bodies as coherent, effective actors: historic rivalries between providers, ingrained ways of working or the remnants of a tariff-based payment mechanism that could struggle to adapt to this new world.

Yet the opportunity is there for real change, and with 42 different systems, it is highly likely that at least a proportion will grasp it. What will that look like? The contrast with the bodies they largely inherit is perhaps the most instructive. The world of CCGs was intended to impose financial rigour, structure and some measure of accountability and efficiency to the way care was delivered. Some innovated, some diverged significantly from the pack, but few ever left much mark on the national debate.

Systems are intended to be a fundamentally different beast. Some operate at such scale that substructures are going to be formed within them, with such large budgets that the senior figures will be paid the highest salaries on offer in the NHS. They are not just free to innovate and diverge at a scale rarely seen before in the NHS: that is their intended purpose. When a thousand flowers are blooming, with patient populations in the millions and budgets in the billions, the balance of power in the NHS begins to look a little more distributed.

It is an open question whether that opportunity will be embraced. There is real nervousness and uncertainty about who will take the helm of these structures, and we find ourselves amidst the first hints of a fevered debate about the salaries and qualities of NHS management, particularly in light of the vacancies (and salaries) of NHS health care professionals .

Yet in time, when the dust settles, these systems may well be the vehicles for a more meaningful shift of power away from the centre. A long-standing argument in favour of the purchaser/provider split, was the fear of acute providers becoming too powerful – that without accountability, without an objective force leaning against the gravitational pull of the large acute centre in a health economy, too many components of effective planning would be sacrificed on their altar.

Partly by design, partly by osmosis, we may be about to see how that plays out. From an era of NHSE determined Long Term Plans and Five Year Forward Views, these bodies could be the beginning of a new, multipolar NHS.

Copyright© 2021 Newmarket Strategy - All Rights Reserved
Back To Top
We use cookies on our website to give you the most relevant experience by remembering your preferences and repeat visits. By clicking “Accept”, you consent to the use of all the cookies.
SettingsACCEPT
Manage consent

This website uses cookies to improve your experience while you navigate through the website. Out of these, the cookies that are categorized as necessary are stored on your browser as they are essential for the working of basic functionalities of the website. We also use third-party cookies that help us analyze and understand how you use this website. These cookies will be stored in your browser only with your consent. You also have the option to opt-out of these cookies. But opting out of some of these cookies may affect your browsing experience.
Necessary Always Enabled

Performance cookies are used to understand and analyze the key performance indexes of the website which helps in delivering a better user experience for the visitors.

Analytical cookies are used to understand how visitors interact with the website. These cookies help provide information on metrics the number of visitors, bounce rate, traffic source, etc.

Advertisement cookies are used to provide visitors with relevant ads and marketing campaigns. These cookies track visitors across websites and collect information to provide customized ads.

Other uncategorized cookies are those that are being analyzed and have not been classified into a category as yet.